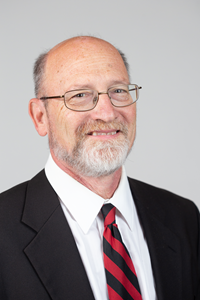 The Presidential Award provides recognition of the many and complex roles that a STEM mentor plays in the lives of those with whom they engage. A good mentor acts as a guide, a servant, and an educator. Mentoring is a journey that empowers students of all walks of life to become involved in STEM and to share in the joy of that process with them. This award encourages people to reach out and to help build the personal infrastructure in STEM that is so vital to a future of discovery.

According to Dominick Casadonte, a mentor can act as a guide, as an educator, or as a service provider. Casadonte has been guided by what he has learned through more than twenty years of mentoring early childhood through 16 (EC-16) students as well as the broader community of Lubbock, Texas. He has tried, in each case, to mentor the individual above all to where he or she is trying to go: to their best self. For many, this has meant mentoring towards success in a science, technology, engineering and mathematics (STEM) field.

Dr. Casadonte personally mentored 20 Texas Tech students who applied for, and won, the prestigious Goldwater Scholarship. Since 1995, his mentorship has included working with the Goldwater Scholarship recipients as undergraduate research students, helping them to improve their applications, and writing letters of recommendation. He has mentored 65 students in undergraduate research since 1995. This has resulted in 16 publications and presentations with undergraduate authors. Of the 20 Goldwater winners, five of them have worked in his lab. Since 2000, he has worked with a program called Science, it’s a girl thing (SIGT)! He has been a science advisor for chemical demonstrations for young women and has performed more than 30 of these SIGT shows to more than 6,000 young women.

In 1998, Dr. Casadonte joined eight Texas Tech faculty in developing a Master’s program in multi-disciplinary science designed to address content knowledge for K-12 science teachers, many of whom had only completed 1-2 classes in science during their undergraduate career. More than 80 teachers have successfully earned this special graduate degree. In his work both with the American Chemical Society (ACS) and the Texas Tech ACS student affiliate, he has led more than 350 demonstration shows to more than 30,000 audience members over a 27 year period in Texas, New Mexico, and Oklahoma to provide enthusiasm and mentoring in science as a possible career choice.

His activities extend to intergenerational mentoring through an NSF Discovery Corps project entitled Project Serve. This project gave him the opportunity to mentor a group of retired (average age of 72) volunteers who were not STEM savvy but who nevertheless wanted to assist in fifth and eighth grade science classrooms as well as to observe the interactions between the seniors and the millennials whom they mentored.