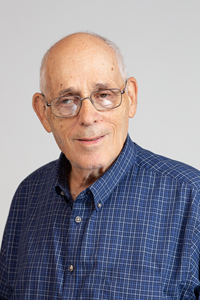 I am honored to receive the award in recognition of my efforts and achievements. However, as a retiree, it means much more to me in that it will also recognize contributions of the many colleagues and staff who worked with me on many initiatives. Without them, much of what has been accomplished might not have been accomplished.

Howard Kimmel has been mentoring students and teachers in the urban northern New Jersey region for more than 50 years with a simple philosophy: Educate, support, and trust. Be it a formal one-on-one mentorship or less formal methods of mentoring, his passion for sharing his knowledge and expertise in science, technology, engineering and mathematics (STEM), especially to those traditionally underrepresented within STEM, is evident in every aspect of his career.

Early in his career, Dr. Kimmel recognized that traditional education could be more effective in the New Jersey K-12 public school system, especially for racial and ethnic minorities and women. Seeking to influence as many underrepresented students and their teachers as possible, Dr. Kimmel co-founded the Center for Pre-College Programs (CPCP) at the New Jersey Institute of Technology (NJIT). In his role as Co-Founder and Executive Director of the CPCP, he was directly responsible for creating, implementing, and growing the number of programs and the number of underrepresented students and urban teachers serviced by those mentorship-modeled programs. This was accomplished through tailoring the methods in which STEM was presented to appeal to the individual or target population.

At the inception of the CPCP, many faculty members at the college level were actively pursuing significant research studies, but very few were focused on pre-collegiate student and teacher needs. Understanding the importance of STEM education, and realizing many students were entering college under-prepared for post-secondary STEM classes, Dr. Kimmel decided to address this situation through education and mentoring. The Center for Pre-College Programs serves more than 4,000 students (the vast majority being African-American and Hispanic students) and teachers each year. Since its inception, the CPCP mentored tens of thousands of students and teachers. The CPCP has provided professional development mentoring and education to nearly 3,000 teachers since 1980. Of those teachers, approximately 60 percent were female. These teachers were recruited from urban school districts with large populations of students from groups underrepresented in STEM.