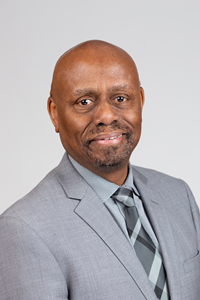 Receiving the Presidential Award provides me the kind of public exposure that boosts my ability to enhance my mentoring efforts. It will also allow others to learn about and implement various aspects of my mentoring philosophy in their activities.

Sekazi Mtingwa’s philosophy of how to have a socially-responsible career consists of three phases: (1) work as hard as possible to increase one’s own knowledge; (2) after solidifying one’s professional career, such as obtaining tenure or another type of permanent appointment, promote others’ careers on a one-on-one basis; and finally (3) work to establish and/or enhance systems and institutions that promote STEM careers. He warns his mentees that they cannot “save the world” if they are not devoting the appropriate amount of time to their own development.

During the summer of 2002, he was the Director of the Stanford Linear Accelerator Center for Energy Research Undergraduate Laboratory Fellowship Program, now called the Science Undergraduate Laboratory Internship Program, which is funded by the Department of Energy. That program brought approximately 20 students to the laboratory for 10 weeks to pursue research. Having worked at various national laboratories, including Fermilab, Argonne, Jefferson, Los Alamos, Berkeley, and Brookhaven, he has established many collegial relationships, and has placed many students in internships at national laboratories over the past three decades.

Dr. Mtingwa’s honors and leadership in STEM include: