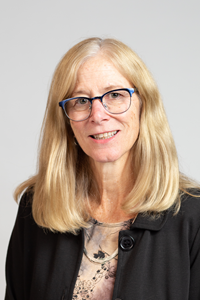 The Presidential Award validates the importance of strength-based mentoring for engaging, retaining, and advancing women and underrepresented ethnic/racial minority groups in the STEM pipeline. Gender-driven and culturally-driven mentoring models focused on K-12 through career engagement and promotion increase diversity in STEM. These models also advance different perspectives and provide alternative solutions to our world’s greatest challenges. The award celebrates and builds upon this success.

Sally Stevens uses a strength-based approach in mentoring women, girls, and those from racial and ethnic minority groups. Strength-based mentoring is an evolutional approach that rests on a positive psychological perspective. This enables mentees to identify, understand, and build on their own strengths.

Dr. Stevens leads large-scale process and outcomes research in health disparities and innovations in STEM education. Her research emphasizes cultural and gender factors that are specifically applicable to women and girls, as well as people of Mexican-origin, Hispanic descent and Native Americans living in the southwestern United States. More than 10,000 women and their family members, adolescents, and young adults have participated in these applied health research and STEM education projects.

Since 1994, she has mentored more than 35 early career scientists among the research staff who support these large-scale health projects (85 percent female, about 70 percent from under-represented minority groups). Since 2004, she has mentored more than 25 interns, 35 research assistants, and 15 federally assisted student workers (90 percent female, about two-thirds from under-represented minority groups). She has also mentored many undergraduate and graduate students (six Masters and 14 Ph.D. students among the latter; 92 percent female, 23 percent minority). Over the past 10 years, Dr. Stevens has served on six master thesis committees (83 percent female, 50 percent racial/ethnic minorities) and 13 doctoral dissertation committees (92 percent female, 23 percent racial/ethnic minorities).

The minority-supporting programs at the University of Arizona often partner with Dr. Stevens and her research program at the Southwest Institute for Research on Women. These include the Undergraduate Research and Mentoring Program, the McNair Summer Scholars Program (specifically for STEM students from underrepresented groups), the AmeriCorps Program, and the Minority Health Disparities Research Opportunities. To date, Dr. Stevens and her team have provided more than 40 summer internships and similar learning opportunities for those in such programs, including international students.