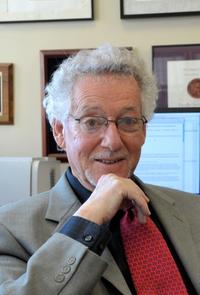 I have taught at CCNY for 52 years. I have had a deep personal investment in diversity issues since I first arrived in 1967 and was almost fired as an untenured faculty member for my support of Black and Puerto Rican students protesting CUNY admissions policies. I have spent my entire academic career fighting for women and underrepresented minority students in STEM and seeing that their contributions and dreams are recognized. This award is the essence of what I believe in.

Sheldon “Shelly” Weinbaum, City University of New York (CUNY) Distinguished Professor Emeritus, has taught at the City College of New York (CCNY) since 1967. He has directed a nationally-acclaimed National Institutes of Health Minority Scholars program to encourage undergraduate (UG) underrepresented minority (URM) students to pursue Ph.D. programs. Of the 36 URM students in the program, 19 have gone on for graduate study. Shelly has devoted his career to diversifying engineering—17 of his last 26 Ph.D. students have been women or URM. The CUNY Biomedical Engineering (BME) Ph.D. program, which he founded, was ranked first in diversity in the last National Research Council ranking. In 1969, Shelly was almost fired for his support of the Black and Puerto Rican students’ campuswide protest against racially-biased admission policies. In 1977, he started the summer outreach program for science students from inner-city high schools. As advisor to the Society of Women Engineers, he has visited over 90 high schools to recruit women and URM to study engineering. In 1988, he was the first CUNY recipient of the Public Service Award of the Fund for the City of New York. In 1992, he organized a lawsuit, Weinbaum vs. Cuomo, charging New York State with racially-discriminatory funding of its university systems. Prior to CUNY’s BME Ph.D. program, he directed Sloan grants to send UG URM engineering students to top-ranked Ph.D. programs for research. In 2009, he was the first recipient of the Diversity Award from the Biomedical Engineering Society and in 2012 he received an Honorary Doctorate from CCNY. Shelly has a B.A. in aeronautical engineering from Rensselaer Polytechnic Institute and an M.S. and Ph.D. from Harvard University.